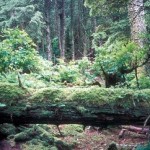 Huineng continued to be pursued by disciples who wanted to capture him, force him to give up Bodhidharma’s robe and bowl, and inflict some kind of punishment on him. Fortunately, he came across a group of hunters in the wilderness. They kept their distance from the noisy disciples who scared away the game, so Huineng was more than glad to join them.

Huineng became part of the group and remained with them for the next fifteen years. He did not hunt with them, but made himself useful in taking care of other duties. When they chatted between hunts and the opportunity presented itself, he would speak of Buddhist dharma for anyone willing to listen.

For Huineng, life with the hunters was a balance between their means of livelihood and his sense of compassion. They would often set traps and ordered Huineng to watch them. He took on this responsibility without protest, but when animals were caught, he would release them whenever he could. Likewise, when meals were being prepared, he would cook vegetables along with meats. If others asked, he would say he liked eating the vegetables — which was quite true.

One day, Huineng sensed it was time for him to emerge from hiding and begin the work of disseminating dharmic teachings. He said goodbye to the hunters, and made his way to a temple in Guangzhou. A Zen Master by the name of Yinzhong was speaking, so Huineng sat with the monks, listening to the teaching on the Nirvana Sutra.

A wind was blowing across the temple, and a flag fluttered. One of the monks, observing this, remarked: “The wind is moving.”

Another monk, observing the same thing, said: “No. The flag is moving.”

The first monk repeated himself more forcefully, but the second monk refused to budge. The two started going back and forth, and their disagreement quickly escalated. As they raised their voice at each other, Huineng suddenly spoke: “It is not the wind moving, nor the flag moving. It is your mind that is moving.”

A hush came over the crowd. Everyone was stunned by the insight. The crucial thing in life was not the external events, but the internal thoughts about what was happening. In just a few words, Huineng cut through all the intellectual arguments — and pointed out the simple truth.

The irony was lost on the pursuers. Despite following a spiritual path that advocated peace and compassion, they were driven by rage as they went after Huineng. This gap between beliefs and actions should be a reminder for all of us. We need greater awareness in keeping our words and deeds consistent.

To Huineng, compassion was not just talk. He held on to his beliefs — vegetarianism and the preservation of life — even when it wasn’t easy or convenient to do so. He was also pragmatic in adjusting to his reality. He would preach the dharma to the hunters every now and then, but he did not try to force his beliefs on them or pass judgement on how they lived.

The story about the wind, the flag and the mind is one of the most well known in the Zen tradition. It may seem simple, but it actually contains a world of wisdom for us to unpack.

To note that the wind is moving is to acknowledge the constant change in nature. This is the most elemental level of physical awareness. Animals need it to survive, because it is a basic requirement of life. We need it too, not just for survival but also to discern patterns in nature.

To note that the flag is moving is to acknowledge the connection between cause and effect. Just as the movement of the wind causes the flag to flutter, many things in our environment affect one another. In fact, nothing is truly isolated. Every cause generates one or more effects; every effect can be traced to some sort of cause.

Huineng understood the above and took it another step further. Neither of the monks was wrong. Each of them had a valid position, and that was why they refused to back off, but there was a truth that eluded them. Noting a change in nature was a function of the mind. Noting a cause-and-effect relationship was also a function of the mind. The thinking, active mind was the commonality between the two. This was even more true when the two monks started going back and forth. Indeed, their assertions and rebuttals set their minds in motion at a furious pace, even more so than the wind or the flag!

Huineng’s level is the domain of Zen, which is the mind contemplating and reflecting on itself. What is the nature of this internal consciousness that is noting external events and asking questions? How is it that we can observe ourselves observing? What is the causes that lets us notice the cause-and-effect connections of the world?